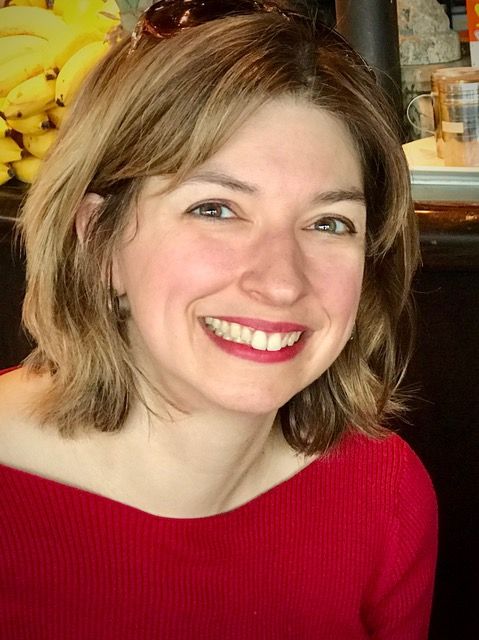 I started teaching at Nancy Campbell Academy (NCA) five years ago after having spent twenty years writing for newspapers, magazines, and literary journals. I’d also previously taught several English Literature and writing courses at the university and college levels. Coming to NCA entailed several firsts for me. It was my first time teaching at a school that emphasized academics and service equally, that rallied behind the arts as a vehicle for social change, that was Baha’i inspired while welcoming of all religions, and that had a population of students representing so many countries of the world including Canada. Perhaps it was because of this unique constellation of characteristics that I quickly came to realize that NCA students were more ready than most to open themselves up creatively in the classroom. I was astounded by the facts that a. these students could study effectively in a language other than their mother tongue; b. that English was not necessarily even their second language, but a third or fourth language; and c. that they could communicate so thoughtfully and imaginatively in a language I had studied for most of my life. With each day, I came to a richer understanding of the multiplicity of ways English could be spoken and written, and though I’d certainly been exposed to “different Englishes” at university, I hadn’t truly witnessed many Englishes blossom from the mouths and fingertips of an international community of speakers and writers until I worked at NCA. 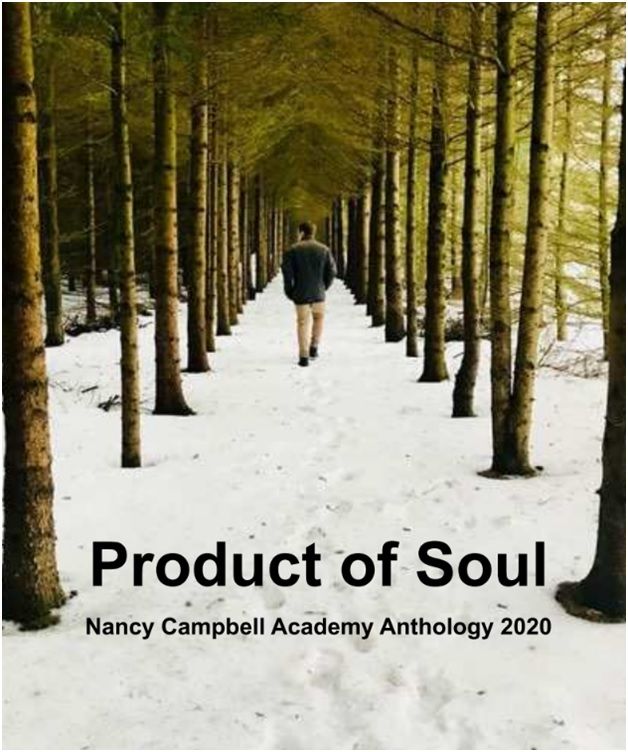 For a long time, I imagined ways the school could showcase the students’ literary talents. Visions of open mic nights, slam poetry competitions, and student publications were frequently the stuff of my daydreams. Therefore, when Parry Xue, a Chinese student and avid self-publisher, suggested to me last year that we needed a Nancy Campbell Academy anthology, my heart leapt at the idea. And almost just as quickly, it was checked by uncertainty. After all, we were just a small school. We would need a dedicated group of students to complete the editing, formatting, art design, and fundraising tasks associated with such an endeavour. Indeed, it took some months to establish a core group of enthusiastic students but, after several weekly meetings, our project was on its way to becoming a reality.

The finished product, to be published this spring, is an anthology titled NCA Product of
Soul containing more than twenty pieces of student writing, ranging from poetry, to
spoken word, to personal essays, and artwork. Created by writers originating from four
of the world’s continents, the pieces in this collection reflect on aspects of their authors’
experiences living in China, Japan, Sri Lanka, Russia, France, Guyana, Tanzania, Kenya,
the United States, or now in Canada. Eleven of the contributors are current students
while the other five are alumni. The alumni contingent of contributors is considerable
since Nancy Campbell Academy is one of those places that people always gravitate back
to, our halls frequently echoing with the footsteps, laughter, and voices of former
students. Alumni not only often return to visit but also organize reunions and meetings
with former classmates at places around the globe.

Truly our student body, past and present, manifests “Unity in Diversity,” one of the 19 moral capabilities promoted by the Baha’i faith. That is why the third section of our anthology is titled “On Unity in Diversity.” Yet achieving unity in diversity often seems a remote possibility, if conceived of at all, when facing tremendous barriers such as bullying or racism. Accounts of such experiences comprise the first section of the book, “On Being an Outsider.” Whether it’s a young boy’s ostracism as a result of his race in a Sri Lankan community, a girl’s experience of befriending a bullied girl in Russia, or a girl’s disillusionment at the growing islamophobia in the United States towards people of her ancestry, each of these entries defines and builds on what it means to be an outsider. Part Two, “On Growing Up,” features various “coming of age” narratives about overcoming obstacles and learning life lessons. In these pieces, the student writers meditate on styles of education that work best for them, on the people in their lives who have helped them obtain such self-knowledge, and on the challenges of adapting to a new school in Canada.

Finally, the last section contains work that reflects on contexts in which NCA students have come to appreciate one another‘s gifts and have been unified towards a purpose. Some entries are about Wildfire, an outdoor recreation camp where the students meet biannually to create songs, dances, skits, and artwork that they later refine into inspiring showcases to share with the community. These showcases, another popular topic of student pieces, are an NCA tradition that, like Wildfire, functions as a greenhouse for cultivating the topical dances on bullying, racism, sexism, and drug and gang violence that our youth later perform on yearly service trips to the Caribbean or South America. One qualification, though: just because an optimal environment and growing conditions might exist at NCA for “Unity in Diversity,” this doesn’t mean it doesn’t take hard work and missteps in the process. The final pieces in this collection give readers insight into the blood, sweat, and tears that are part of NCA’s collective creativity and service to the local and global communities.

I’d like to think of the selections in this anthology as differently coloured and shaped shards of glass, or strands of wool, each being pieced together to form a portrait of our school and its vision. Like a Persian rug in which the weaver deliberately incorporates mistakes or imperfections, or a piece of Kintsugi pottery in which the cracks are filigreed in gold, this little book is an offering that is beautiful, not despite its imperfections but because of the fractures, difficulties, and challenges these writers and all humans navigate in life. As Leonard Cohen, acclaimed Canadian poet, Buddhist monk, and citizen of the world, once wrote:

“Ring the bells…that still can ring
Forget your perfect offering
There is a crack in everything…
That’s how the light gets in.”

Further information about the release date and purchasing details for our anthology will be available soon.

Escolha a felicidade. Escolha a NCA.